How Much is Volunteer Time Worth?

The value of a volunteer hour rose again last year, up 49 cents to $23.56 an hour, continuing the steady upward trend that has been observed each year since volunteer time value was first recorded in 2001, according to Independent Sector (IS).

Calculating the value of volunteer time is a significant way to measure the impact that millions of volunteers have on nonprofits each year, according to IS, which released the figures during National Volunteer Week, April 10-16, 2016.

According to the most recent data on volunteering from the Corporation for National and Community Service, over 25% of the adult population, or about 62.8 million Americans, donated 7.9 billion hours of their time to volunteer service in 2014, worth an estimated $184 billion. 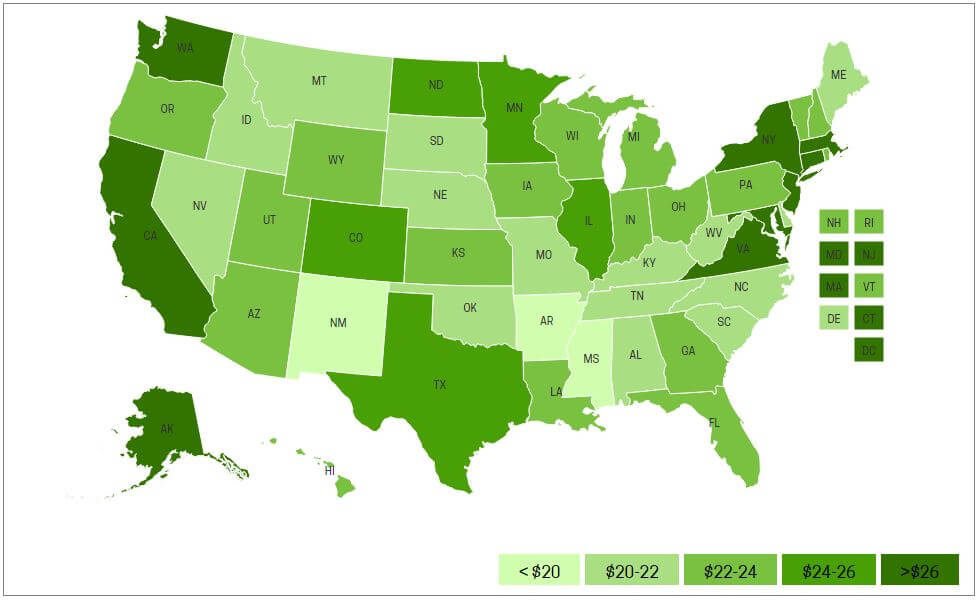 The value of volunteer time is based on hourly earnings, approximated from yearly values, of all production and non-supervisory workers on private non-farm payrolls average, based on yearly earnings provided by the BLS, for the national average.

IS indexes the figure to determine state values and increases it by 12 percent to estimate for fringe benefits. Charities often use the value of volunteer time for recognition events or communications to show the amount of community support it receives from volunteers.