What CSR Means For Nonprofits

Good deeds are good for business.

CSR is intended to not only ensure compliance with the law, but for many businesses CSR goes beyond conforming to regulations by engaging in “actions that appear to further some social good, beyond the interests of the firm and that which is required by law.”

There are those who turn a cynical eye to the notion of CSR, deriding it as a transparent PR ploy or an obvious bid at obtaining a competitive advantage.

Despite its detractors, the fact remains that for the vast majority of businesses, CSR helps far more than just a company's bottom line.

And there are more than a few lessons to be learned by nonprofits as well.

In late fall 2013, drugstore chain CVS announced that in a year, it would no longer sell any tobacco products in its more than 9,600 stores.

In the short term, this principled stance cost the company in 4th quarter financial performance. (Not to mention a forecast $2 billion annually in sales.)

According to Motley Fool, "CVS Health reports that lost tobacco sales caused retail operating profit to slip by 1.3% in Q4. If not for tobacco's weight, operating profit would have increased by 1.7%."

But CVS was taking the longer view. They even changed their name from CVS to CVS Health and incorporated CSR principles into their day-to-day operations.

In addition, the public reaction has been overwhelmingly positive. 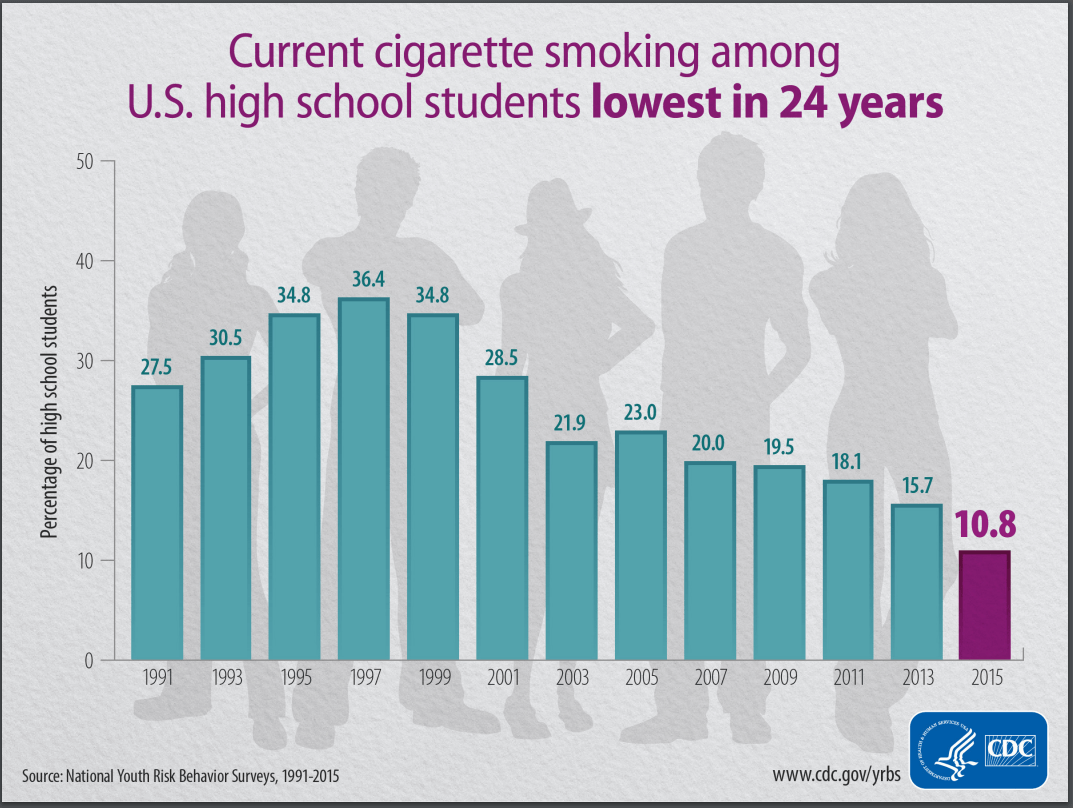 Studies from the Center for Disease Control (CDC) show cigarette smoking rates are down among teens and young adults.

And the tobacco-free policy opened the door to new opportunities for partnerships and mergers with many other sources.

Since CVS Health's pharmacy benefit management, or PBM, business generated a whopping $23.88 billion in revenue [in the first quarter of 2015], up from $20.2 billion the year before, it's far more important to the broader picture than the cigarette business.
That suggests that if the company can leverage the elimination of tobacco products from its stores to win additional employers and insurers for its PBM segment, its anti-tobacco stance will prove to be brilliant.

Since then, PBM has outperformed expectations, leading to nearly 20% revenue increases year over year, now totaling $43.2 billion in net revenues. Losing a couple of billion in tobacco revenue in the short term ended up not being a bad trade-off after all.

"While corporate social responsibility was a very well meaning and worthy thing to have started," says John Browne, former CEO of BP and co-author of Connect: How Companies Succeed by Engaging Radically With Society.

"[It] no longer serves a useful purpose in that it is detached from the basics of a business, and it is something which, in the words of one of my friends, that boards of directors only examine at 4:30 on a Friday afternoon," quipped Browne.

What Lord Browne essentially means is that CSR must become absolutely central to the culture of a business if it is to have significant impact. It cannot be a policy afterthought or a half-hearted rote exercise.

For example, if a company puts recycling bins all over the office just so that they can say they are an "eco-conscious" company, that is disingenuous.

Not only can customers and donors detect this type of cynical greenwashing — or whatever the latest "-washing" may be— but employees can detect it as well.

Studies have shown that sincere CSR initiatives, especially those which are rooted in corporate culture, have a positive effect on employee morale and turnover rates.

A 2015 report by Nielsen surveyed employees to determine if corporate social responsibility was an important factor to their professional choices. Two-thirds of respondents indicated that CSR was either an essential or a strong preference when it comes to choosing the right employer.

Like many ideas which are the cornerstone of good business, CSR must be a cornerstone of what drives a business, more than mere shareholder value -- although, as we have seen, there are benefits to be reaped there as well.

This concept of fundamental cultural shift is precisely what we at StratusLIVE have advocated for years.
No organization — whether small, large, nonprofit, for-profit, private, or publicly traded — will be able to affect truly lasting success without a ground-up change in organizational culture.

Whether you're the CEO of a large nonprofit or the accounting manager of a small pizza franchise, if you want to make a difference at your organization, your staff must be on board and all employees must feel like they have a "buy in" or a stake in the success of the organization.

How nonprofits can benefit from CSR

This is a great opportunity for nonprofits to engage with the businesses in their communities in order to raise awareness of the myriad benefits of CSR, as well as forming long-term partnerships with groups that have the potential to enlarge the donor pool.

One well-known business approach to CSR is corporate philanthropy. This includes monetary donations as well as aid to nonprofit organizations and communities.

Donations are made in areas such as the arts, education, housing, health, social welfare and the environment, among others, but excluding political contributions and commercial event sponsorship.

Another way for nonprofits to get involved with CSR is through the Committee Encouraging Corporate Philanthropy, "a coalition of CEOs united in the belief that societal improvement is an essential measure of business performance, CECP is committed to the vision of its founder, Paul Newman, who understood that corporations could be a force for good in society."

United Way of South Hampton Roads (UWSHR) is a prime example of how a nonprofit can work with businesses for the betterment of everyone involved— the nonprofit, the business, and the local community.

Through employee campaigns, United Way provides an opportunity for thousands of individuals and employees from more than 500 South Hampton Roads area businesses to donate a portion of every paycheck to make a positive impact.

Nonprofits must reach out to the local business community, armed with the knowledge that corporate social responsibility is a fantastic opportunity, not an obligation.