It's tempting for nonprofits to court Millennials.

For starters, there are over 80 million of them. In fact, 2015 marks the first year that Millennials outnumber Baby Boomers as the largest living American generation. Earlier this year, they surpassed Generation X to become the largest share of the U.S. workforce.

As a group, they're approaching their top earning potential within the next few years. Millennial Impact Project reports that those born between the early 1980s and the late 1990s currently spend over $300 billion annually and are expected to make up 50% of the American workforce by the year 2020.

In 'Fast Future: How the Millennial Generation Is Shaping Our World', Millennial writer and filmmaker David Burstein coined the term "pragmatic idealism" to describe the mindset of his generation.

Millennials definitely have high ideals — and a strong commitment to those ideals, values and beliefs. But they also know their ideals must be actionable and realizable. They therefore tend to be comfortable and confident taking small, steady, incremental, practical steps to accomplish their goals — even when their goals are ultimately big, ambitious, idealistic visions.

Thrivent, a faith-based financial services organization, recently surveyed over 1,000 Americans about their financial situation for their 2015 Money Mindset report.

What they discovered was that, while Millennials are feeling the negative effects of the Great Recession and its recovery as much as, if not more than, other age groups, they are disproportionately more generous with 70% of

Millennials reporting that they regularly volunteer their time to a nonprofit cause.

However, addressing Millennials as a unified group is a deceptively oversimplified strategy for nonprofits.

For example, a 25-year-old and a 45-year-old who both live in the Park Slope neighborhood of Brooklyn have more in common than the 25-year-old does with someone the same age who lives on a farm in Nebraska.

The two New Yorkers are far more likely to have similar jobs, musical tastes, religious affiliations, even political views than the two 20-somethings.

This is where targeting Millennials as a demographic breaks down. They are not a demographic, they are people. People with individual preferences, motivational interests, and wide array of causes about which they are passionate.

Millennials don't want to donate. They want to connect.

Americans born during and after the 1980s were raised on technology. It's likely that their parents already owned a Commodore, IBM, or early Apple home computer the day they were born. They had AOL accounts before they hit puberty and probably had their own MySpace pages before they could legally drive.

This led to Millennials becoming digitally connected 24/7. With the 'Net right at their fingertips, they grew up not knowing what it was like to not get answers immediately.

This meant that instead of arguing over things like who invented the piano, they could learn everything they might want to know about Bartolomeo Cristofori in less time than it would take to fetch an encyclopedia off the shelf.

Some would argue that this gives Millennials an overstated estimation of their own intelligence. However, it might be more accurate to say that this makes Millennials more focused on facts and transparency, rather than taking people, as well as nonprofits, at face value.

Millennials also want to feel as if they are truly connected to the causes they support. Because of their unique perspective, Millennials view themselves as part of a World Wide Web.

This means that they intuitively understand the interconnections inherent in a post-internet world. It's also the very same reason why Millennials are so passionate about what they believe. They see the cause-and-effect nature that is so often the reason that nonprofits are called to exist in the first place.

And that's what so many Millennials truly want — to get involved.

One side effect of being pragmatic idealists is that Millennials expect others to be as well. This is demonstrated by Millennials' commitment to valuing transparency in an organization, rather than relying on the nonprofit's word.

While Millennials are eager for relationships, they are also more likely to ease into supporting an organization before making a big commitment.

Often, they prefer to start these relationships by giving of their time and effort, rather than from their wallets. This sometimes involves "micro-volunteering" before a Millennial donor is ready to give financial support. 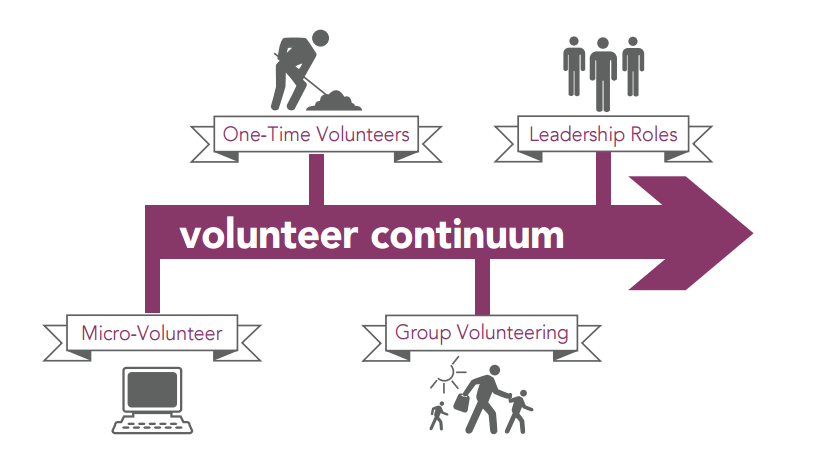 Millennials often see their networks and connections as a form of micro-volunteering, e.g. by sharing a nonprofit's work or fundraising appeal online, they are helping that nonprofit with no financial compensation.

Happily, micro-volunteering often leads to actual volunteering. If your nonprofit is trying to bring more Millennial supporters on board, here are a few ways to get them more involved:

Millennials view sharing knowledge and views as another way to contribute.  Once you've established what works for your nonprofit, get feedback from your young supporters. Then tweak your programs as needed.

TLM is the only way to truly reach Millennials

Total Lifecycle Management, that is.

Millennials want to change the world in a relational way. This means that the old transactional mindset no longer has the same significance for nonprofits that it used to. However, it is possible to use the many small transactions that

Millennials have with nonprofits in order to build strong, interconnected relationships.

The important thing to remember is that the reason Millennials want to get involved is because they think about the world in a different way. If treated well, they CAN represent a very significant proportion of your supporters.

So instead of reverse engineering your nonprofit's usual appeals, evaluate your donor database in order to identify key areas where Millennials might be called upon to add to, complement, replace, or take up the slack within your fundraising process.

Business intelligence technology allows nonprofits to examine their own donor databases to make sense of their donor demographics. Then an analytical marketing tool can be employed to segment the data into any number of useful target demographics.

Analytical marketing doesn't force your nonprofit into pipeline segmentation, but rather shines a light on what you are currently doing that works, where you can improve, and which fundraising efforts might be best converted to other strategies.

For more information, contact our friendly StratusLIVE team and request a free demo.