REPORT: How Do Your Fundraising Campaigns Stack Up?

The Nonprofit Research Collaborative released its annual Special Report on Nonprofit Fundraising Campaigns and it's chock full of great information for nonprofits of any size.

The Nonprofit Research Collaborative (NRC) conducts surveys twice a year. This survey covered capital, endowment, comprehensive, or special campaigns, in addition to charitable receipts at nonprofit organizations in the United States and Canada.

Responses were solicited by email and through social media over a period of 4 weeks in 2015 and compiled into a single report and published at the end of the year.

The results indicate that nonprofit organizations continue to pursue a variety of diverse campaign strategies to achieve their annual fundraising goals. 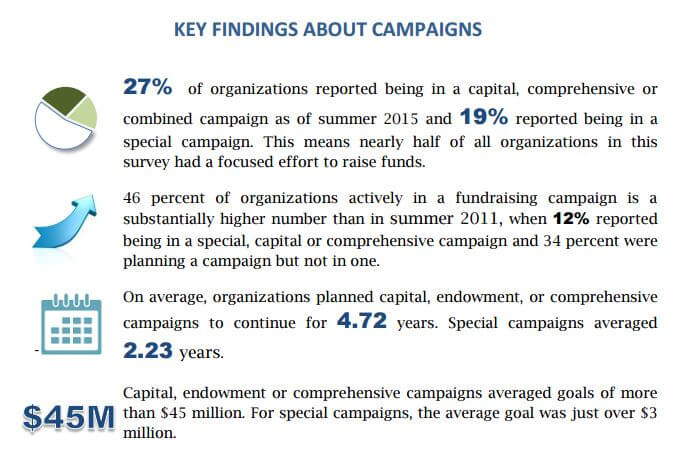 Some other key findings from the report:

Findings are based on 1,071 survey responses from charities, including 88 from Canada.